The prize was to affect a culture change in the business which allowed:

1. The MD to step back from the day-to-day running of the organisation and adopt a more strategic role

2. The management team to grow so that they were capable of running the organisation AND the MD allowed them to do so

3. The workforce become fully engaged in improving the way in which their work worked through a series of improvement projects delivering a quantifiable return on investment

The client is a £10m turnover engineering services company run by the founding managing director who had recently sold to a prestigious international trade partner in the same sector. However, the new parent company took the deliberate decision not to integrate the smaller company, but to nurture its independence.

The approach and the solution

An introductory meeting was held with key staff to introduce the objectives of the programme and to help them understand how they could improve the way in which their work worked.

Initially, three improvement projects were chosen from the array of ideas suggested and small cross functional teams aligned around each. Statius then facilitated each of the teams over the next six months with the following results:A two-day workshop “Turbo Charge Your Improvement Processes” was held to give senior managers and staff real “hands on” experience of improving processes using the Plan, Do, Study, Act model. A follow up session reviewed the lessons learnt and, critically, developed a plan to integrate the lessons into both the company systems and culture.

• A more rigorous handover process from sales to operations was introduced which saved between 2 and 3 days on each of the 50 or so installation contracts undertaken each year and, in doing so, delivered savings of in excess of £100k pa. The MD remarked “this new process ensures we focus on pre and post order profit margins…we have previously undertaken £1m contracts delivering 7% profit where Group are now dictating 16%”

• A new process was introduced to accurately record the sundry items regularly used by service engineers that were “sometimes” charged to the client. The MD did a rough calculation and commented “at (a very conservative) £4 a visit and 33 visits a day that’s £33k pa, at £10 a visit that’s over £82k pa … AND it delivers a “double whammy” as cost is removed from our cost base and passed to the customer where it belongs!” 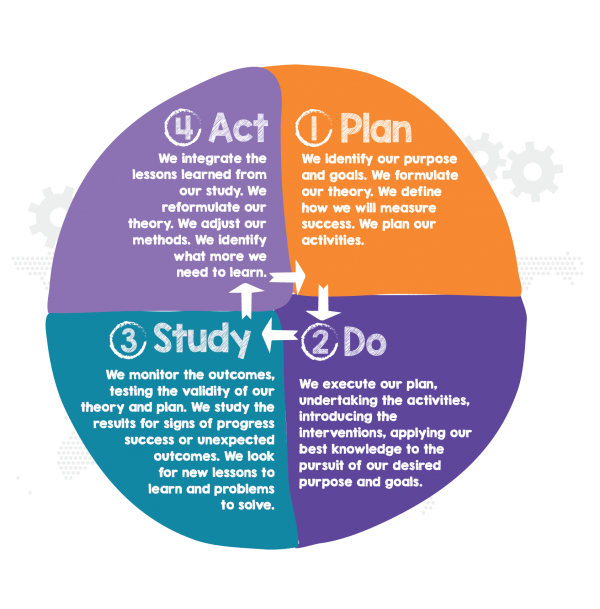 • A number of “troublesome” items of equipment, all of which were on comprehensive contract, were identified. A technician was dispatched to thoroughly review and rectify the situation “whatever the cost”. Parts were ordered and fitted and the result was that call-out levels plummeted, engineers’ morale rose, customer satisfaction soared and contract renewals increased.

The prize was a more committed, responsible and active management team and staff. As a result of the project, the company has achieved a position where:

• Managers, staff and engineers now have a process for improving processes

• A culture of improvement has been germinated

At one project meeting, the managing director commented “This is providing a real opportunity for us to break out of our mindset… I’m just afraid it will stop!”.